The piss-poor translation, while charming at first, really began to tick me off as I progressed, mostly because there seemed to be a decent story buried in there.  My "demons" learnt a little more about the history of the humans through books and CDs found in the ruins of their civilization.  As a fan of post-apocalyptic settings, this was a nice switch from the regular usage of NPCs.  There was even a mechanic in place to simulate the fact that the demons wouldn't be able to immediately read the human language — using items raised a character's intelligence until it was high enough to decipher.


At this point, things took a turn for the worse and kept turning for the remainder of the game.  I got stuck on entering the "Return Tower", the only location I hadn't been able to explore.  I wandered around and even went into the dungeons again, but it was all for naught.  During this journey, both parties kept gaining in power; they were now at the point where they could kill anything in one hit and never be hit themselves.


Surprisingly, at the end of the month, a third selection of monsters showed up, all at level one.  They called themselves the sylvans and only stuck around for one day, but used time at a slower pace than the other two groups, getting the equivalent about around five "normal" days.  I thought maybe only this group could access the tower, but nope, so I tried entering the dungeons again and hitting up the key locations.  But nope.  I relented and FAQed myself the solution, which was I had to visit every single tombstone in the world.  All 108 of them.  Well, since they don't really contain any useful information, I had stopped visiting them ages ago and I couldn't remember which ones I had been to, so I had to do 'em all.  It was then I realized that if the translation had been better, I would have known what to do.


I was hoping entering the tower would bring a stronger class of enemies but all my demons were overpowered, even the ones unable to benefit from equipping weapons or armour.  Each of the seven levels consisted of finding two key locations before being able to move on.  Lots of cutscenes happened here, giving insight into the downfall of the human race.


Exiting the tower led to another world map with more dungeons and another major quest.  If I thought having to visit 108 slates in the previous world was bad, LA had an even bigger surprise for me here.  This time the key locations were artifacts found amidst the ruins of a department store, a church, a police station, and a hospital.


Finding said artifacts would trigger a response in one of the party members, unlocking a suppressed emotion and a memory cutscene.  Each artifact is tied to a specific demon; having the wrong party active results in nothing happening.  And yes, this includes the sylvan party as well.  It was funny because, as I was marking down artifact locations, it never occurred to me that the sylvans would be included, because it was just too absurd a notion for my mind to comprehend.  It wasn't until I hit an artifact on my to-do list and nothing happened that I had to pause for a second and just process.  No... there's no way.  I had to be missing something.  Another FAQ check confirmed the presence of rising bile in my throat — I would indeed have to wait for the sylvan party, who hadn't left all that long ago.  After fully unlocking the other two parties, I checked the calendar and noted that I only had to wait 21 days for the sylvans to show up.  What followed was around two hours of the worst kind of grinding — pointless and long.  Pointless because the party was still way overpowered and long because the battles themselves can be quite lengthy.  Bear in mind that that's two hours of turbo-grinding; at the original speed, this entire ordeal would have taken over seven hours (and that's me starting a third of the way through the month already).  Dammit Japan, we already know you've got the highest density of ultra-nerds on the planet.  We get it — you win.  Thankfully, I was able to get all the sylvan artifacts in one pass and ready to finish off this turd.  This travesty of a design choice made me lose any respect I might have had for LA, so I just looked up the last few dungeons to save me another couple hours.  Filling up all the demons with emotions granted them access to Fantasyland, a city built to fulfill the human dream and keep them in a perpetual state of bliss.  With no actual humans around, the city's computer mastermind created robotic fabrications in order to satisfy its programming.  When confronted by the party, it spewed off what I assumed was some deep philosophical shit and then unleashed its eight attacks per round against the party.


Defeating the computer opened up the final dungeon and a climatic battle with some dude named Shadow, who existed solely to be a final boss.


After the demise of Shadow, all the demons morphed into humans, in all their naked glory.  The alien mastermind showed up and revealed that the reason the human race fell was because they lost touch with their feelings.  This entire ordeal was an alien project created in order for the next generation of humans to find and restore their lost emotions, such as mercy and compassion.


Final Armageddon also invoked a wide range of emotions within myself as well.  Emotions such as anger, fury, and rage were commonplace for the last half of the game.  After watching the end credits, I turned around in surprise to see an alien mastermind right in front of me.  He explained that this was all just a project in order to get me to unlock my suppressed emotions and then I morphed into a demon.  Since I'm the manchine though, I wasn't just a regular demon, but a badass cyber-demon, with chainsaw limbs and a head that is also a chainsaw.  I then reminded the alien that, if he had read my blog, he'd know that anger, fury, and rage are a Shen Nung staple.  He then admitted that he'd never read my blog, said it probably sux and teleported off.  I tried to forget about the whole incident and went to make some dinner, but I was unable to make anything due to 70% of me being chainsaw so I died of starvation.  THE END

Not the best story I've come up with to end a post, but hey, at least it's in understandable English. 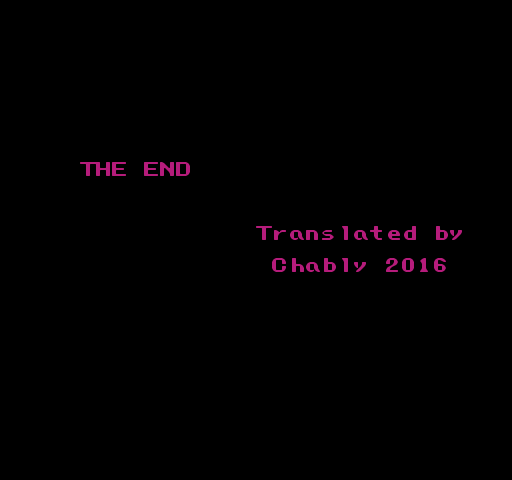