It had been only one day since I beat Out Live and I'd already received in the mail, my honourary degree in cartography.  It was, I recall, in the form of a scroll, with gold leaf adorned, and it went straight into the trash where the game itself already was.  The mapping just got brutal in the late game, and, as previously mentioned, there's nothing in the dungeon other than a small handful of boss fights.  Most times, I just wanted to find the quickest path to the next city and set of duelists, to engage in some deep characterization.


The duels are easily the best part of Out Live, but that's also like saying a handjob with 600 grit sandpaper is better than one with 40 grit.  Technically, yeah, but it's still a bloody mess at the end.  Any special options (with the exception of missiles) installed on the mech are disabled during the match, making it little more than a brute force slugfest.  The opponents talked during the battles but said the same line in the same round regardless of one's performance.  This made them sound quite sarcastic when they said things like "Keep up the good work!" or "Argh!  I can't take much more of this!", even though I had missed them several rounds in a row.


Missing the enemy was a common theme, perhaps even the central theme, to Out Live.  It didn't matter if it was a duelist, boss, or wandering mech, the targeting system on my mech sucked and got worse as the game progressed.  Even a mech stunned and temporarily offline due to my "Net Bomb" option still could be easily missed.  As I progressed through the midgame, on a quest to acquire three stones (but stones... from the fuuuuture!), enemies started not only attacking twice a round, but were guaranteed to strike first.  The only thing keeping my poor battered mech going was all the healing potions I had, which I guess everyone else in the game didn't know about.  As I entered into the late game, Out Live started caring about its own narrative about as much as I did by that point.


My main mission was to find Braudix, which turned out to be a mech and not a pilot, so you can see how invested I was in the gripping storyline.  Just when I was getting extra bored with OL, I acquired the Braudix and was rewarded with a new cockpit view as well as a "Smart Gun", which replaced all my previous main weapons.


I thought the days of missing and sucking in general were over, but instead it got ten times worse.  Now I had finally found the true central theme of Out Live — to never, EVER, let the player feel like a hero.  My new mech and weapon missed everything 100% of the time and I'm not using hyperbole here; in the dungeon between the last two cities, I could not score a single hit on anything.  Wow, this gun is so smart!  Even my stunning and insta-kill options stopped working on the random encounters.  The one thing I could do was attempt to flee from every fight.


Every time I got dunned blowed up and warped back to the hangar, OL just twisted that knife even deeper into my anguish with more of its sarcastic, asshole NPCs.


With a lucky streak of a low number of battles, I managed to find the final city, which lead right into the final boss.  I still hadn't been able to defeat the duelist from the previous city, but I had a complete stock of full heals, so I stuck around to see if I could maybe get one hit in.  After over around fifty failed attacks, I died and was left contemplating what kind of crap game I was "playing".  So there was obviously a hard limit on what level I needed to be before I could score a hit, which completely infuriates me as a gamer.  A core part of any game is challenge and that element should be scaled throughout the game.  I should be able to attempt to defeat the final boss at any level, no matter how underpowered I am.  Oh, I'm soooo sorry that you expected me to be more powerful by this point — I guess I didn't spend enough time exploring your COMPLETELY EMPTY DUNGEON.  Even if you want it to be a 0% chance, game, at least give the illusion that I might succeed, so that the inevitable grinding that follows is at least my choice.  So, Out Live wanted me to grind, did it?  With turbo function pressed to the M-A-X, I proceeded to grind out 25% of my overall levels right then and there; this several hundred step journey would damn well be my last.  The final boss is some bezerking system which destroyed the city and maybe aliens?  At any rate, it was an easy kill since the stun option worked here for a thankfully quick, if somewhat lackluster, final battle.


There's not much variety in the graphics, so 75% of my screencaps are just enemy mechs, making a mechastage all but unavoidable.  Easily the best part of the game, it's a lot more fun looking at the mechs than actually interacting with them (kinda like women, amirite, fellas? :0 ). 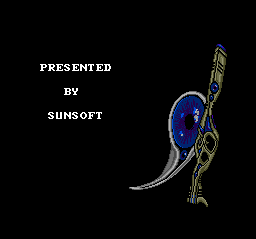