Jubei Quest - The Grand, Epic Quest of Oh It's Over Already 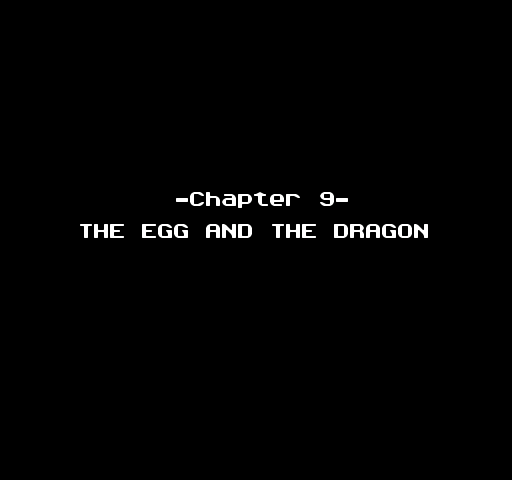 I think maybe I've been too hard on Jirokichi for his passive-aggressive outbursts; it's not his fault.  It turns out the game itself is projecting its own insecurities via J.K.  I had made a minor quip at the end of last post saying I hoped this would be the last chapter, due to comedic redundancies.  Chapter 9 isn't the last chapter, oh no.  Chapter 9 isn't even a full chapter.  It starts off well enough, I've found a couple towns and the first "dungeon", this one is in the form of Mount Fuji.  However, the random encounters on the way are so difficult that I've postponed even entering it until I've got the best equipment for everybody in the party — and that means grinding.


All my fleeing in the previous chapter ensures that I'm broke as a joke and I can only afford a single new Charm (a stat-altering bauble).  Thankfully, grinding isn't so bad as it gives me a chance to play with everyone's special abilities (except for Rock, who sucks).  Large pools of AP for Shiro and I give us plenty of elbow room to cut loose and watch the majority of our spells just fail miserably.  Oh well, at least it's always entertaining to watch Shiro flip out.  So, I dunno, it's been, like, an hour or so of this and I've finally maxed out equipment for all and ready for the first, of what I'm sure will be many, trips to Mount Fuji.  Rock actually picked up an ability to Hide from the random encounters, just in time for our first serious attempt at the mount.  Nice going, Rock.  We make it there in pretty decent shape and prepare for the long ascent of — half a screen or so.  Yep, I dun goofed in not even scouting Fuji as it's just a plot event, no dungeon to be had anywhere.


Shit gets kinda surreal here due to my being leader of the group; the game is expecting Jubei to be there.  Basically, I turn into a dragon and begin to talk to said leader, only the leader is me, leaving the other members of the party to wonder if I've lost my goddamn mind.


I now have the ability to transform into a dragon and carry the others to new locations, like inside the walled city of Edo that thus far thwarted our attempts to enter it.  So now we have an airship...  and I'm the airship...  I'M THE AIRSHIP!!1!!1!  Oh Jubei Quest, I know I've made wicked fun and been taking for fucking ever to finish you, but this... *sob*... this is just the best present I could have ever received.  I'll even forgive that this chapter ends inside Edo, with not even so much as a boss.  We enter Edo only to find it completely destroyed by Dr. Main, as well as most of the other towns in the world, except for Yagyu, the beginning town.  After talking to some old man, Dr. Main's voice comes out of nowhere, yells at me for a bit, and then the chapter ends.  Okay, so I'm hoping that Chapter 10 will be the final one.  Regardless, I'm going to wrap up any remaining chapters into a single end post; this structure slows me down too much, what with its double digit chapters and all.
Uploaded by Shen Nung at 10:03