Blogger has become progressively worse over the last few years, ever since they "updated" to the current format and stopped supporting the previous legacy version.  Blogger has always been a little finicky to work with, but I've always been able to dig into the HTML and make the changes I want.  It's not like my blog is very complex in its layout, but now it's at the point where Blogger can't even handle whitespace and line breaks properly and it's just a nightmare to work with.  So I'll be checking out some offline editors and then I'll start re-uploading somewhere else.  I'll also be taking to opportunity to revamp my own format and make some changes there.  This is decidedly less fun than playing and writing, so it may not happen anytime soon, but it will eventually so stay tuned.

Shining in the Darkness - Ranking

Most dungeon crawlers don't ever take home a lot of points for story, and SitD is no exception.  The few cutscenes that exist help define the character and NPC personalities but they are never expanded upon.  I don't necessarily mind this as it allows more room for my own personal brand of Nungness, but that means that I get the points instead.  I'll give additional credit for naming the villain Melvyl and no, I don't know why I found that so funny, but after re-reading my last post, it was apparently funny enough to be the driving force behind half of the jokes.

Although crawlers lack the immersion of exploring an overworld and all the points of interest it may contain, I still get off probing the depths of a dungeon as long as it's filled with a variety of stuff (not just a bunch of chests).  SitD did a decent job of keeping my interest piqued enough to always want to get back in there, from little scenes like the encounter with my dumbass father to teasing me by placing a tantalizing chest behind an immovable grate so that I'd have to find an alternative route to snag it.  In addition to the ease of being able to warp back to town with a super cheap spell or item, SitD also makes it easy to get back into whatever dungeon level one left off at, cutting down on tedious walking and near pointless battles.

Nothing too fancy with five stats that each go up a few points upon level gain and in my playthrough I achieved close to 50 levels for each character.  The problem with such a system is that with so many levels, each with small stat increases, it never seems like a big deal when a level is gained.  The only remotely interesting part of leveling up is when a new spell is gained or an existing one gets upgraded.  Even then, the spell roster is just filled with the standard RPG fare, so even that's not particularily noteworthy.

Equipment manages to have a lot more impact on the killing floor as a new piece has a palatable effect on combat.  This is especially true of the cursed and mithril items; recall that the cursed Hex Whip changed Pyra from a simple mage to a badass warrior-mage.  I also liked that mithril was in limited supply and I couldn't just abuse that to make the best equipment for all three party members.

Large group combats are always appreciated over singular enemies and boy, does SitD ever like to have big groups, so much so that monster sprites sometimes almost completely overlap each other.  As mentioned in the postings, this tendancy for large groups can be downright devastating if a monster type has a strong special ability.  This is not a bad thing as it makes delving very tense which, while sometimes annoying, is far better than being bored.  Plus, it's pretty badass when Pyra or that other spellcasting guy casts a big nuke spell and takes out ten baddies all at once.  Monster phenotypes run the typical fantasty gamut with some interesting additions, like the bouncing bowling ball mini-boss whom is burnt into my memory from all the ass-kickings I received from it.

Decent marks all around here, with nothing too outstanding or too suckstanding.  Despite being a deep and dank dungeon, the place is pretty vibrant and vivid, and each monster species come in a variety of exciting colour variations.  The tunes lend well to the atmosphere and gets better and better as the game progresses.

I always like those big ticket items in my RPGs and tying a limited resource to their creation was even better.  If anything, it was knowing that there could potentionally be more mithril out there that drove me back into the dungeon.  It's so much better than just the vague notion of treasure being out there.  Still, once I couldn't find any more mithril (although I'm pretty sure I didn't get it all as there were a few places I couldn't figure out how to get into), the golds started accreting.  By the endgame, I had enough gold to do ten more mithrils I'm sure.

Dungeon crawlers have a tough job in setting a good pace without feeling like things are dragging.  Without a whole lot of non-combat distractions, it can get very repetitive very quick.  Thankfully, SitD sprinkles just enough variance to not make it seem like too much of a slog.

Shining in the Darkness - End Game

In order to enter the labyrinth proper, we had to complete the four trials of Strength, Courage, Truth, and Wisdom.  Fancy names, but they were all pretty much the same; enter a 30x30 dungeon and find the exit and the occasional MacGuffin.  The Cave of Wisdom was notable only for its large amount of pit traps, but thankfully there was a map showing all the locations right near the entrance.
Speaking of complaining, these trials also introduced the introduction of random mini-bosses, whom would show up to basically end that particular session by completely fucking up the entire group.

And when I say random, I do mean random.  We could go an entire session without meeting one of these dicks, or we could get two or three, sometimes within a few steps of each other.  There was no fighting them either at our current power level, just the hope that we could run away before taking too much damage/deaths.  Eventually though, we completed all the trials and were finally able to enter the labyrinth proper.  I could tell we were at some next level shit because the music and decor changed completely. 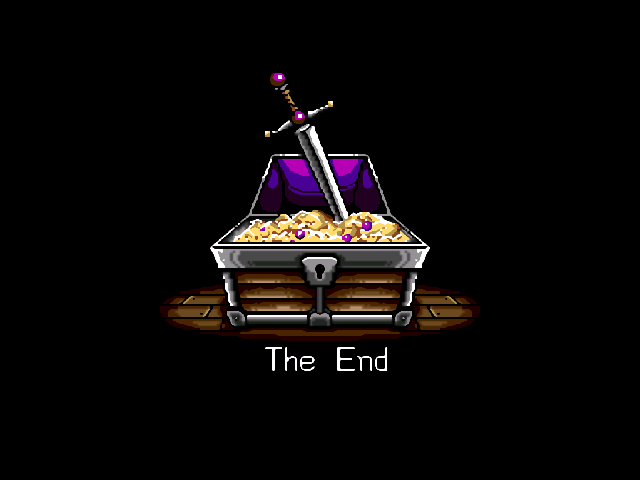